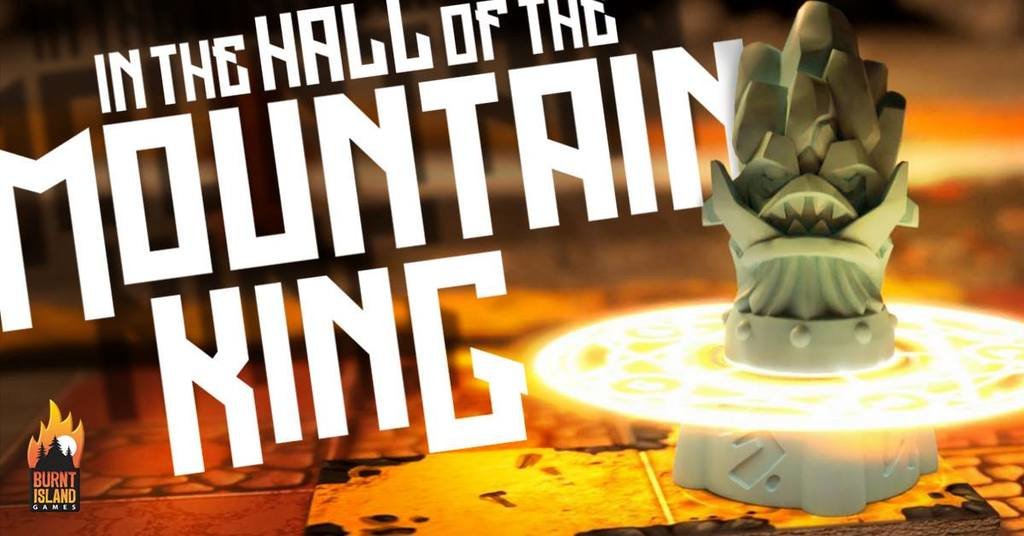 Lost Your Survey?
FAQ: In The Hall of the Mountain King

Will the deluxe version of In the Hall of the Mountain King be available at retail after the campaign?

We will not have the deluxe In the Hall of the Mountain King available after the campaign at any retail outlets (aside from the retailers who back the campaign). We will print enough copies to cover this campaign, enough for typical replacements, and a few more for good luck.

Will the Game Trayz be available for purchase after the game has been manufactured?

Absolutely! We aren’t sure where yet, but they will be available to people who want to buy the retail version of the game. At this time we don’t have pricing for them.

Will the deluxe version of In the Hall of the Mountain King come with the wooden bits that are available in the retail version?

The deluxe version of the game will only come with the plastic sculpts. However, we have them as an add-on for $8CA. Check it out at the bottom of the campaign page. If you would like to add them to your pledge, just add another $8.

Will there be a solo/co-op mode for In the Hall of the Mountain King?

Yes, it is currently a Stretch Goal that we are certain we are going to reach. It will be available for purchase from our website, at conventions, and select retail outlets when the game comes out. You don’t want to miss it! It is AMAZING!!

The Cursed Mountain Co-op & Solo module is a fully developed and tested module that comes in a separate box. Its components will include*: • Rulebook • 16 Curse cards • 18 Dedication tokens • 5 Doom tokens • Prophecy board

*development continues and this may change; the above list is a reasonable approximation of what to expect.

Will you be printing the game in other languages?

We will be manufacturing this game in English only. We will be providing the rulebook and Spell cards in several other languages as high resolution PDFs for download. These will be available after we have completed the final rulebook. The downloads will be available at www.burntislandgames.com.

Will the Game Trayz fit the deluxe components even when my cards are sleeved?

Yes, the trayz have room for sleeved cards.

Is the art on In the Hall of the Mountain King final?

None of the art on this project is final and may be altered before production.

Will the Game Trayz fit both wooden and plastic components?

While they will be created to fit either set of the components on their own, they won’t fit both at the same time. We are working with Gametrayz to make sure that there is as much “generic” storage space as possible in the trayz so that they can hold as much extra stuff as is possible.

I'm having trouble watching the Co-op/Solo play -through. Where can I find it?

Can I back In the Hall of the Mountain King for $1 and then access it during the BackerKit?

Yes, absolutely. We appreciate all of the support we can get, here on Kickstarter, and in BackerKit. Please note that the price of the deluxe game is going to be higher by $5CA in the BackerKit for $1 backers. (Backers who pledge for at least one copy of the game DURING the campaign will be able to add multiple copies afterward for the normal campaign price.) So if you want to save money, backing during the Kickstarter campaign and helping us all reach those stretch goals is the way to go.

BackerKit is a service that crowdfunded project creators use to keep track of hundreds to tens of thousands of backers—from shipping details, pledge levels, preferences and quantities, whether they have paid or had their card declined, special notes, and everything in between!

The BackerKit software and support team is independent from the campaign’s project team—BackerKit does not handle the actual reward shipping. For more information about the preparation or delivery status of your rewards, please check the project's updates page.

How does BackerKit work?

After the campaign ends, the project creator will send you an email with a unique link to your survey. You can check out a walkthrough of the process here.

I never received my invitation. How do I complete the survey?

The most common reasons for not receiving a survey email is that you may be checking an email inbox different from the email address you used to sign up with Kickstarter, Indiegogo or Tilt Pro account, or it may be caught in your spam filter.

Confirm that the email address you are searching matches the email address tied to your Kickstarter, Indiegogo, or Tilt Pro account. If that doesn’t work, then try checking your spam, junk or promotions folders. You can also search for "backerkit” in your inbox.

To resend the survey to yourself, visit the project page and input the email address associated with your Kickstarter, Indiegogo or Tilt Pro account.

How do I update my shipping address?

When will my order be shipped, charged or locked?

That is handled directly by the project creator. BackerKit functions independently of the project itself, so we do not have control of their physical shipping timeline. If you want to check on the project’s status, we recommend reading over the project's updates page.

I completed the survey, but haven't received my rewards yet. When will they arrive?

As BackerKit does not actually handle any rewards or shipping, the best way to stay updated on the shipping timeline would be to check out the project's updates page.